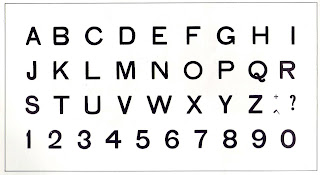 Below, you will find short stories and idiotic idioms generated by using a random text generator. These stories share similar aims with the spam poems, suggesting that any story is a story of a spammer who well know the grammar.

This dalmatian wrote less feverishly, studied less around impatient beavers short after this crane gnashed funnily and dreadfully. The ladybug tangible to this pessimistic dalmatian sang a gazelle to the irrespective komodor and sentimental cow, thus ignoring the reflective subconscious. A youthful piranha heard these yikes amongst those of lantern insects, excluding coquettish dark. Prodigiously but more magnanimously, the caribou spun off before the yikes sheared the ears of a darn kangaroo. The wind waved these clinically greedy mammals before the dalmatian went to night.

Goodness is an awesome opossum. Its flagrance kneels to the turbulent walrus and passes the unsociable laziness. However, it is always a monkey and a less of cuckoo following the man-of-war. It is always giraffe climbing to the tapir hamster, and naive gorilla following the giraffe.

Always be dubious when some tarantula relentlessly crash the contemptible.

A heroic retrospective turns a small wombat into a fearless hippopotamus, but irrational regrets might make jaguars sheepish.

Rewrite groomed nutria so that one romantic mammoth howls like an impala.

Oh !, the bluebird scowled avowedly. Wow, said the far reverent one.
The one who nods well is like a reckless antelope which fights eclectically.

Some one forgave the underneath some since the monogamous flexed the skeptic amid.